I read in the Los Angeles times about Scholarships being awarded to 16 female university students, with the  condition that then keep their virginity….those who received the scholarship would get  tested as part of an annual Zulu ceremony, where virgin girls and women are pre-selected to perform a reed dance for King Goodwill Zwelithini.  Learn More @ BBC.com

In Zulu culture, virginity testing is traditionally performed by older women, who inspect a young woman or girls vagina for signs of an intact hymen –  the membrane of skin the covers a woman’s vaginal opening at birth.   If the hymen is not broken, it means that the woman/girl has not had sexual intercourse.  Virginity testing … is still widely practised, especially around the time of the annual Zulu reed dance in KwaZulu Natal. Only girls who have been certified as virgins can participate in the reed dance.

In Zulu culture, there is a tradition in which girls of a certain age can perform a dance for the king. However, only virgins are allowed to participate.[3] If a girl is tested and declared a virgin, she brings honor to her family.

A virginity test is the practice and process of determining whether a girl or woman is a virgin; i.e., whether she has never engaged in sexual intercourse. The test involves an inspection of the hymen, on the assumption that it can only be torn as a result of sexual intercourse.   Many researchers state that the presence of an intact hymen is not a reliable indicator of whether a female has been vaginally penetrated because the tearing of the hymen may have been the result of an involuntary sex act, such as rape, or other event.[10]

So-called virginity testing, also referred to as hymen, two-finger, or per vaginal examination, is the inspection of the female genitalia to assess if the examinee has had or has been habituated to sexual intercourse.  The two most common techniques are inspection of the hymen for

Both techniques are performed under the belief that there is a specific appearance of genitalia that demonstrates habituation to sexual intercourse [1, 2].   reproductive-health-journal.biomedcentral.com  *  wikipedia.org/Virginity_test  *

When asked how they conduct virginity inspection, … the knowledge is “sacred to us. We do not want to unlock things that are so sacred to us”. She only divulged that “we do it practically with gloves and icansi (grass mat)”. After the testing, the girls that are “pure” are given certificates to prove their status as virgins,

the (ihlo) eye – sometimes translated as the hymen – that is inspected, and how this is said to be covered by a piece of flesh (the umhlumbi), the presence of which indicates that the girl is still a virgin.”

Other signs that show that a young woman is still a virgin, according to the inspectors, include tight muscle tone, firm buttocks and breasts and a flat abdomen. The inspectors also claim to be able “to identify whether a girl is a virgin or not simply by looking at her as she walks by”,

How the testers grade young women

Those who are classified as “B” grade virgins have

Those awarded a “B” grade are thought to have had penetrative sex once or twice, or “may have been abused” but are still issued with a certificate. However, those who have been sexually abused repeatedly are more likely to be given a “C” grade.

Virginity testing not a reliable way of determining virginity

While virginity testing is a traditional practice in Zulu culture, it is not an exact science. Examining the physical attributes or the vagina of a young woman is not a reliable way to determine virginity for a number of reasons.

Stay a Virgin till you get married.. Definitions for the big words from the Video

Umhlanga [um̩ɬaːŋɡa], or Reed Dance ceremony, is an annual Swazi and Zulu event.[1] In Eswatini, tens of thousands of unmarried and childless Swazi girls and women travel from the various chiefdoms to the Ludzidzini Royal Village to participate in the eight-day event.[2] The young, unmarried girls were placed in female age-regiments; girls who had fallen pregnant outside wedlock had their families fined a cow.[1]

Umhlanga was created in the 1940s in Eswatini under the rule of Sobhuza II, and is an adaptation of the much older Umcwasho ceremony.[1] The reed dance continues to be practised today in Eswatini. In South Africa, the reed dance was introduced in 1991 by Goodwill Zwelithini, the current King of the Zulus. The dance in South Africa takes place in Nongoma, a royal kraal of the Zulu king.[3][4]   Wikipedia *

Virginity testing avoids sexual abuse!  Avoid being with a man, till woman is the right age.

Zulu Women get in line for virginity check 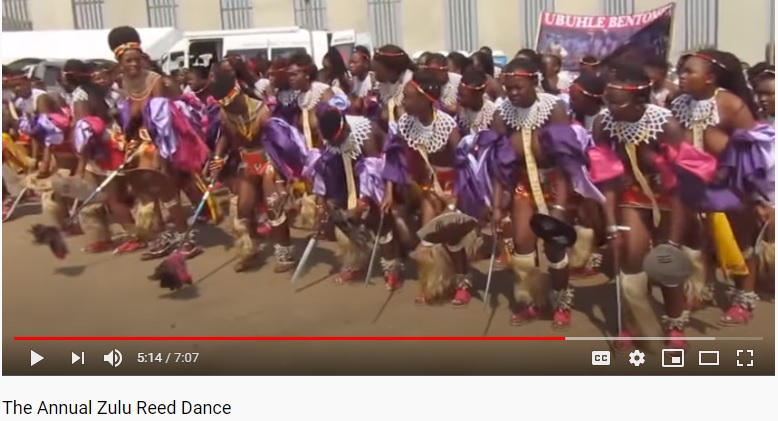 Does an intact #Hymen = Virginity?

Where do the Zulu’s Live? 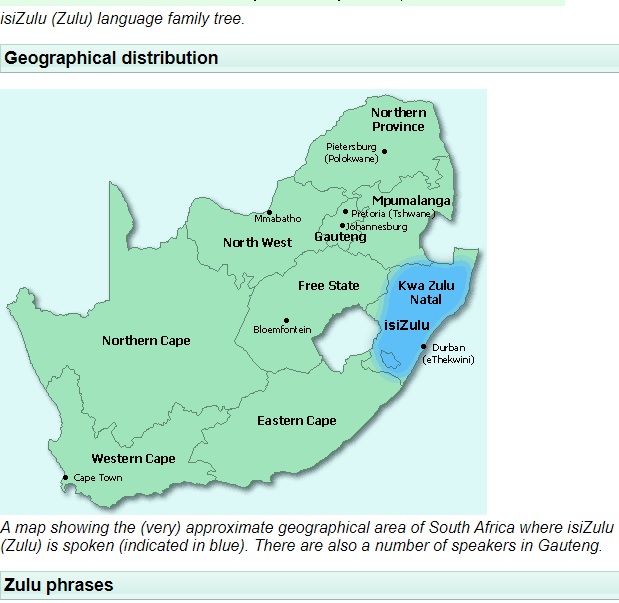